A few years ago, I got done volunteering at my kid's school, and was walking to my car in the parking lot.  I heard this strange noise from afar, and had no idea what it was.  The sound got closer and it was coming from the sky.  It sounded like birds, but nothing I had heard before - it was like a cross between a goose and turkey call.  I looked around in the sky until I saw them - a mass of large birds, sort of flying in a "V" pattern but not really.  Big, loud birds that flew over and then they circled back, like they were confused at where they were going.  I mentioned this sighting to several people and no one really knew, except the school secretary, Janet, who told me they were probably Sandhill Cranes.

During that winter, I saw different batches of Sandhill Cranes flying over from different locations in southern Indiana.  I saw them when I was riding my horse.  I saw them traveling along the interstate.  I saw them from my house.  I saw them so many different times on such random occasions but I never saw them land, or even remotely close to the ground.  I did some research online and found a few places where they were said to have been sighted, because they winter over in southern Indiana.  My family and I went to one of those places to see them, but with no luck.  I would continue to see them flying by for the next few years, calling out their unusual call, but never saw them up close.

In January of this year, my kids and I were enjoying a leisurely Sunday, when we needed to go to town to run a couple of errands.  We got done and I thought "Today is a good day to see if we can see Sandhill Cranes."  I told my kids we were going to take a road trip.  It was sunny, relatively warm, and I had my camera.  My kids knew I had been admiring and talking about these birds from afar for all this time, so it didn't really come to a surprise to them when I told them what we were going to do and they were up for it.

We drove for about an hour, made a stop for some ice cream, and made the turn onto a country road…and there they were.  We saw our first group of Sandhill Cranes in a field and we were so flipping excited!  I drove slowly down the road, and in each field, on both sides of the road were more and more cranes.  I pulled over in a safe spot and assembled my camera, and started photographing the birds.  It was amazing. 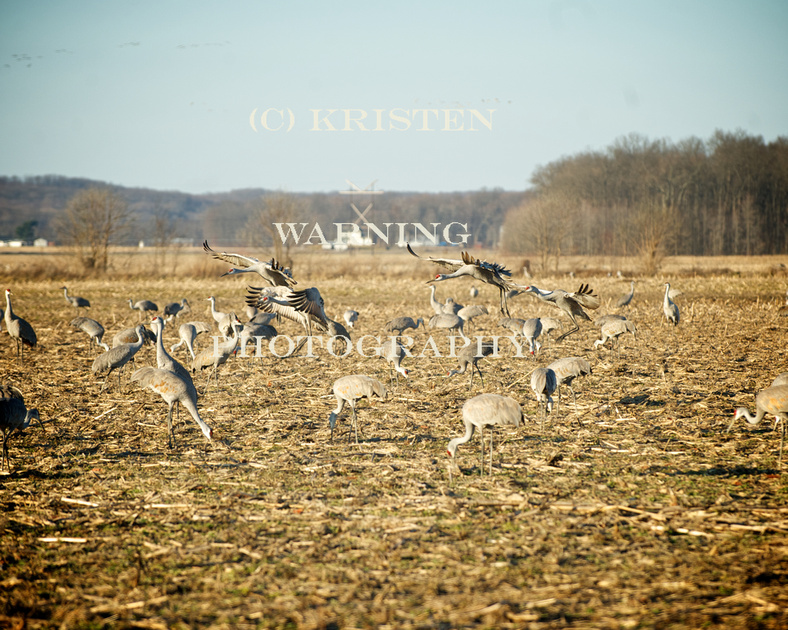 There were so many birds we just couldn't possibly count them.  They were also very shy.  When I would pull over on the side of the road or get out to walk a wee bit closer, they immediately noticed and would start walking further into the field or fly away. 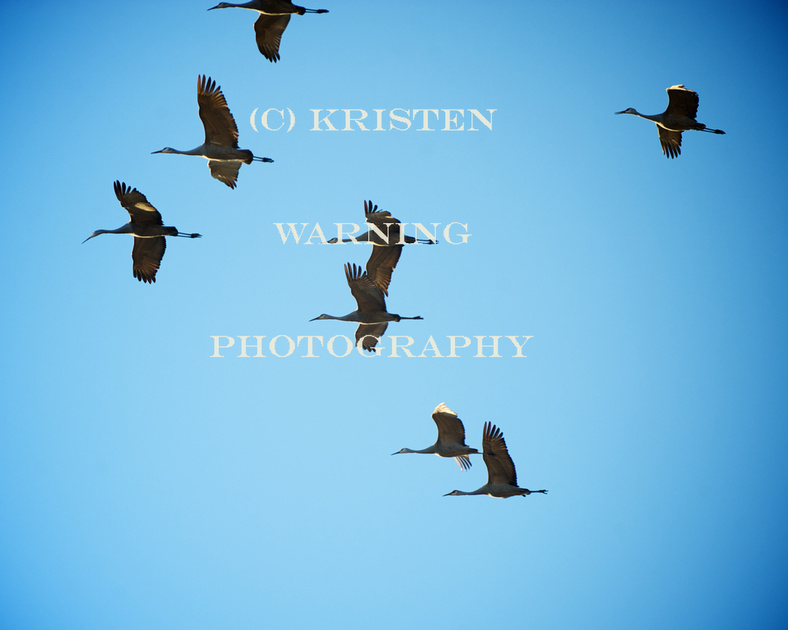 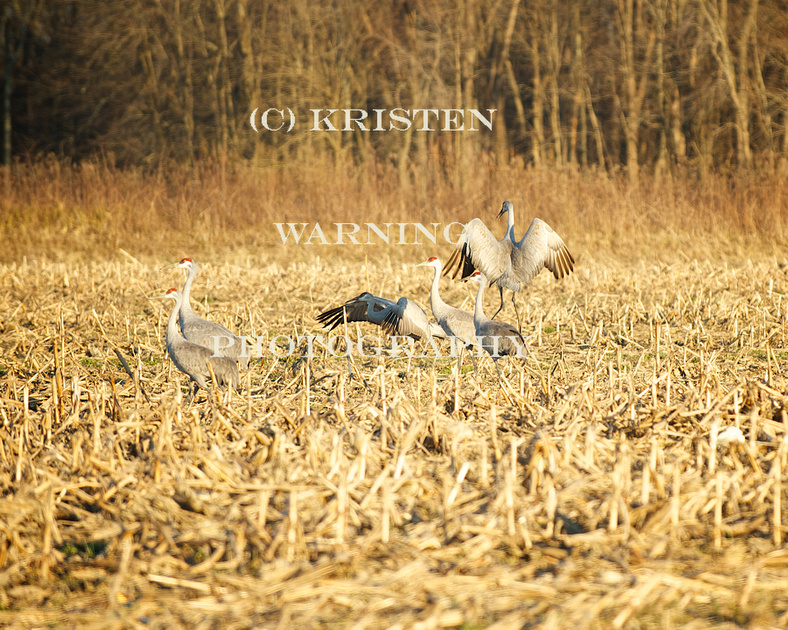 I was amazed and in awe of each new batch of Sandhill Cranes we came across, whereas my kid's enthusiasm had dwindled along with the sunlight.  We literally saw thousands and thousands of these beautifully elegant birds in the relatively short time we were there. 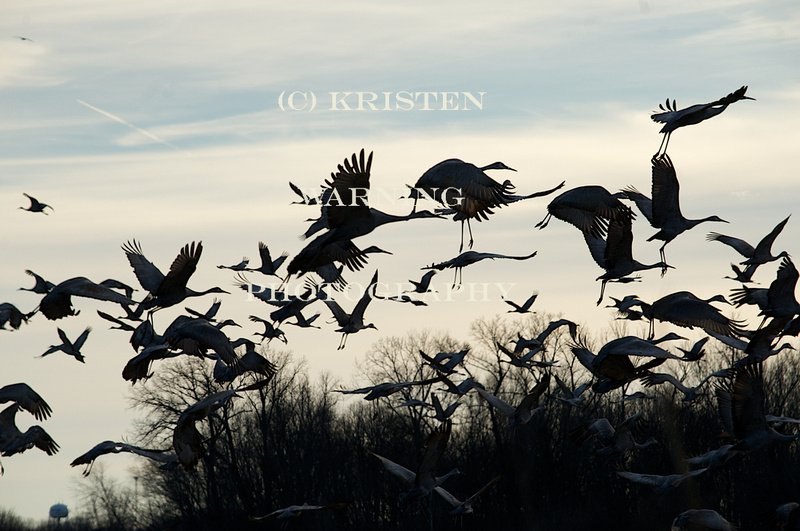 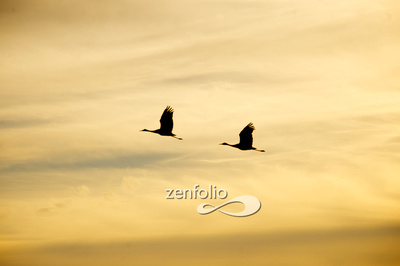 It was time to drive home, all of us happy for our own reasons - me more for finally seeing and photographing Sandhill Cranes, and my kids because their bellies were full of ice cream. 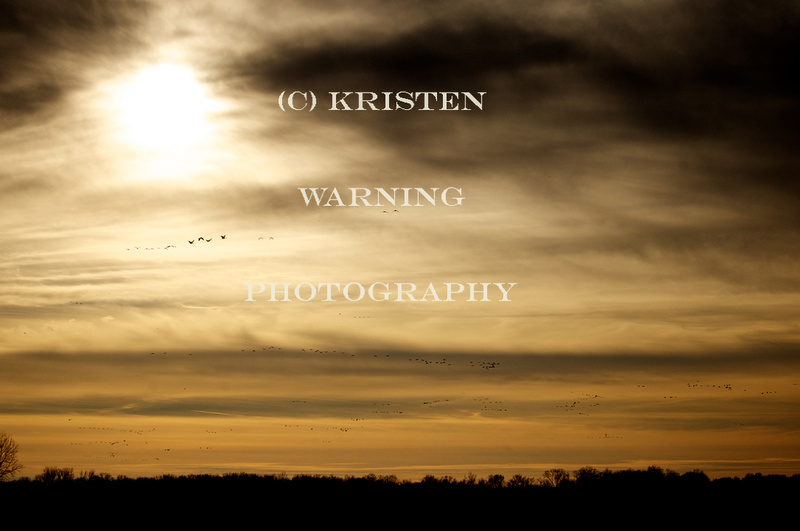 Here's to more random road trips - you never know where you'll end up and what you'll see!  Click here to see the full gallery of images.

Want to know more about Sandhill Cranes?  Click here for more information.  I found the map of the summer and migration patterns interesting - Indiana isn't really a part of it.  I feel even more lucky :)